U.S. President Barack Obama has come under fire from brilliant neurosurgeon, Dr. Ben Carson, over his handling of the Ebola virus outbreak, as it pertains to the Center For Disease Control (CDC) in America. This is fresh on the heels of the CDC safety scandal, an item the Judiciary Report warned about for years (and though site stats reveal the U.S. Government read the Judiciary Report every single day and have for years, the warnings went unheeded until it ended up in Congress last month via an ugly scandal Congress Rips The CDC For Lax Safety Procedures That Led To Anthrax Exposure Confirming This Site's Previous Claims).

Carson stated, "Certainly I’m a strong proponent of privacy of health care information, but you can certainly reveal that a patient has been tested and is negative to allay hysteria because when you have a situation where you're acting if a secretive manner, people have a tendency to assume the worst. So you have to be smart enough to weigh one thing against the other. You can't just sort of have blinders on and say ‘privacy, privacy, privacy’ and there's a riot going on outside. So, that's where wisdom comes in." 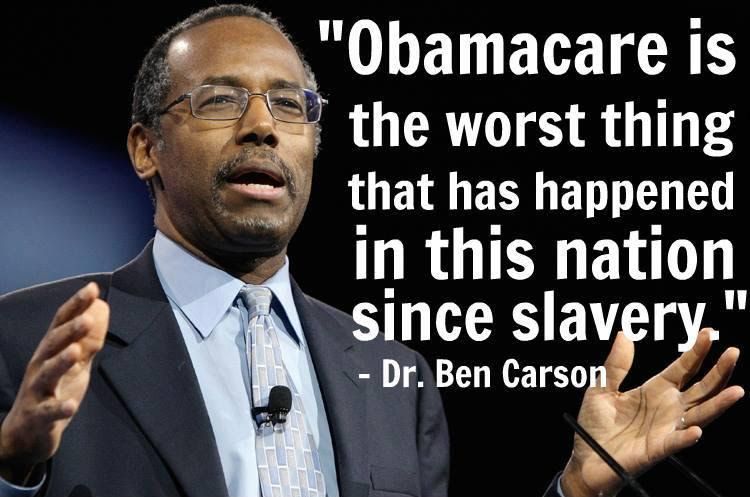 
Carson also criticized Obamacare labeling it, "The worst thing since slavery." Carson further stated, "It is slavery because it aims to make all of us subservient to the government. It was never about health care. It was all about control."

As the Judiciary Report has repeatedly stated in articles, America needs a health care program, but Obamacare has significant problems and they are not being address. Doctors all over America are complaining about Obamacare and turning patients away. Obamacare has a significant amount of paperwork attached to it for medical offices and if the documents are not completed or done correctly, the patient will not be allowed to see a doctor, as the physician will not be paid. There are also too many kickbacks and clauses in Obamacare and it will impact the national debt. 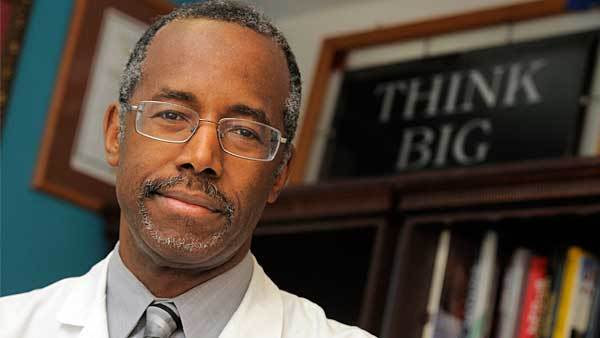 The President would do well to start listening to medical professionals like Ben Carson rather than insisting on his own way all the time when it comes to health care. President Obama is not a doctor nor is he a scientist. He is a lawyer.


When I was a kid Carson spoke at a school I attended, telling students about his life, the troubles he encountered from peer pressure and working his way to success. It was very inspiring. Over a decade after that speech, Carson, a skilled, innovative surgeon, also performed surgery on one of my family friends when she was a preteen (her initials are A.B.).

My friend felt ill and doctors discovered a growth in her brain, bordering the stem. Doctors in Miami stated there would be a 90 percent chance she would die on the operating table if she underwent surgery, as the growth was so embedded and in a very sensitive region of the brain.

Carson, who was out of state, heard about the medical emergency and was touched by the case. He offered to perform the risky surgery and for free. Last rites were administered before the surgery (that should let you know how bad her prognosis was at the time), as family and friends also prayed she would make it through the complicated surgery. I'm happy to report, over a decade later, my friend is alive and well and just graduated from law school. God still performs miracles.

6 Aug 2014 - Neurologist and author of "One Nation," Dr. Ben Carson said that the Centers for Disease Control should keep the need to balance patient privacy and the public’s need to know in mind when it comes to the Ebola virus...

Carson also defended his earlier position that American doctors who contracted Ebola should not have been brought to the US, arguing “our policies should be directed against [the] worst-case scenario, not [the] best-case scenario when we're talking about the health and well-being of the population of the United States.” He also stated he “would recommend to everybody that they gain some basic knowledge of Ebola. Do a little bit of reading. You'll discover this is a virus that generally is transmitted in bodily liquids.”